A long
FAMILY TRADITION
The first mill dates back to 1890 in Rutigliano, in the province of Bari, where the main production facilities and the Noicattaro mill are still located today.
Production first started in an artisan pasta factory between 1910 and 1920 as the pasta and other basic food products were homemade. Hence, in the 1920s, Francesco Divella and his chilren, who were inheriting the management of the company, built a durum wheat mill nearby in Noicattaro. During the dark years of the Second World War the rationing of flour and pasta imposed incredible difficulties on the nation. Nevertheless, the Rutigliano pasta factory began to register its first increases in production. 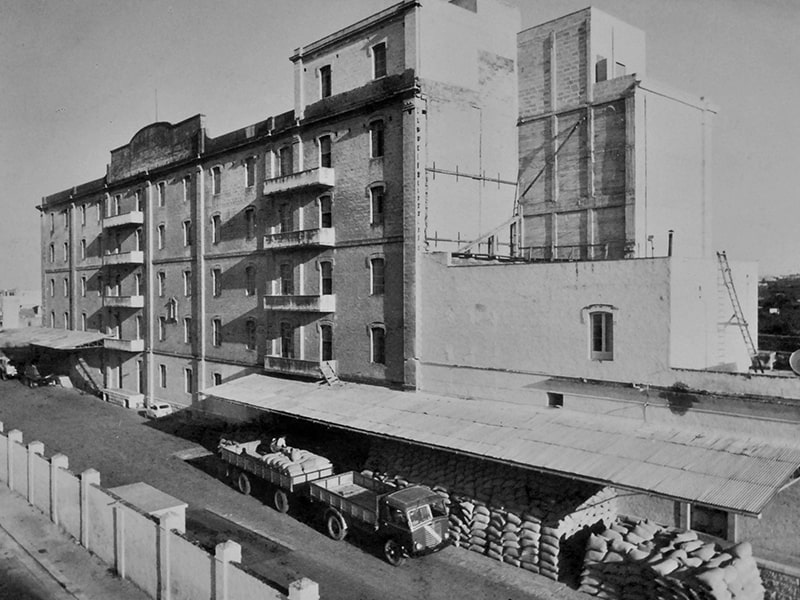 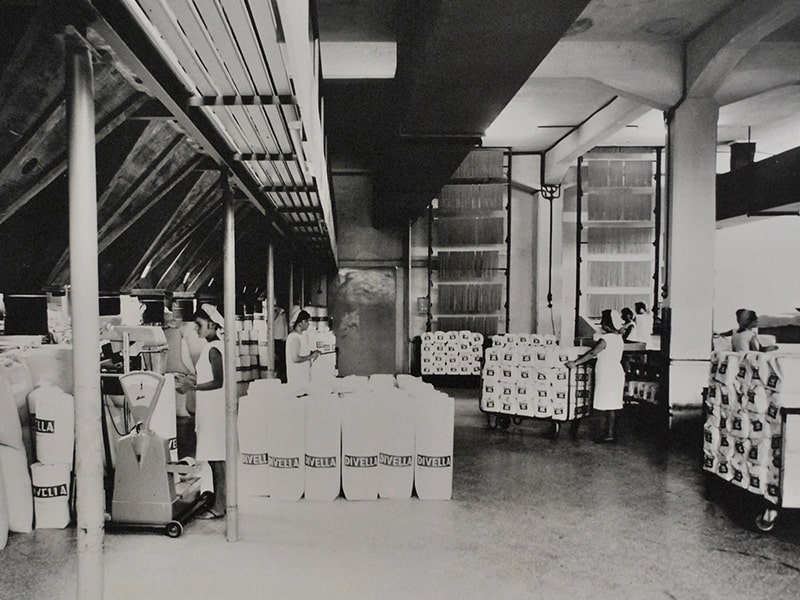 Packaging department of the pasta factory 1960 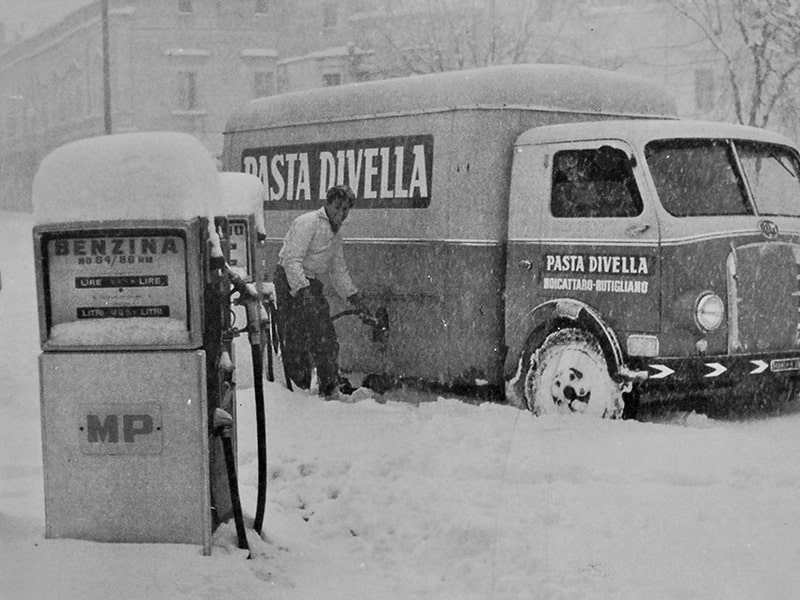 The first significant increase in pasta production coincided with a historical change in consumer habits. Pasta production underwent a progressive development starting from the late 1960s. Production increased with the economic boom of the 1970s when the third generation of the family joined the second and decisively took the reins of the company during the 1980s.

Day after day, the commitment and dedication of many people have borne fruit, transforming the company, now in its fourth generation, into a solid reality that faces the challenges of the Italian and foreign markets on a daily basis.
This exponential and constant growth is the result of a lot of hard work and sacrifice of over 320 direct employees.

In January 1989, Divella launched its new production plant. It was a crucial period for the growth of the company. The new plant was further expanded with additional production lines and the evolution continues with the fourth generation to this day.

In addition to the legendary pasta produced in the Rutigliano factories and appreciated all over the world, Divella’s sweet product range has been pleasing even the most demanding tastes for over 30 years. Divella’s biscuit factory began its journey in 1990 with the production of the Ottimini biscuits which delight the breakfasts of thousands of Italians every day. Divella’s baked goods production generates over 30 million euros and the company can be proud of its state-of-the-art production facilities and its experts who are always ready to launch exciting projects and please the most demanding customers.

Search in the site...